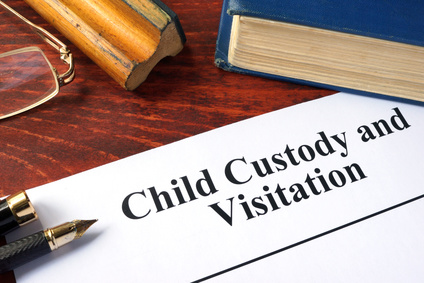 Child custody is one of the most contentious issues between separating couples. When awarding a custody to one of the parent, family court judges have to be very careful and must keep the best interests of the child in mind. Child custody laws are complex to understand, which necessitates the need for hiring professional custody lawyers. 123 Custody Company is a team of affordable child custody lawyers that have helped numerous clients gain the custody of their kids. Before hiring an affordable custody lawyer to work on their case, applicants must consider some factors listed in the post that can impact child custody decisions. Take a look.

A history of physical and mental abuse and neglect can work against parents contesting a child custody case. To get the custody of the child, the other parent will have to prove that the child’s safety is at peril if the custody is awarded to the abusive parent. That said, if these charges are proved baseless, the court will weigh heavily against the parent who brought these allegations. When awarding the custody, courts will also take into cognizance a history of drug or spousal abuse.

2. Parent’s Location and Ability to Provide for the Child

Family courts when deciding child custody cases will evaluate whether the parent is capable to provide for the child. The judge will also consider the parent’s location to ensure they live in a safe neighborhood, and the accommodation is clean and well-managed. The parent’s resident should be located in close proximity to other family members, and places where the child has developed their routine such as their school and recreation center.

When deciding a custody case, family courts often consider the child’s preference given the condition that they are mature enough to take important decisions. In such cases, the judge may appoint a custody evaluator who can voice the child’s choices and concerns. Alternatively, the judge can also choose to interview the kid in their chamber.

Physically and mentally fit parents are in a better position to care for their kids and ensure they get all the support they need during their growth years. Family courts recognize this fact and will consider the parents’ physical and mental health when awarding custody. A person, for instance, with anger management issues can find it difficult to convince the court that the kid will be safe around them. Similarly, a parent with severe physical disability can experience problems caring for the growing child’s needs, a factor that can weigh heavily against them.

The quality of relationship the child shares with both the parents can have a major impact on the outcome of a custody case. Courts often appoint social workers to determine around which parent is the child more comfortable. Judges will also consider the amount of time spent by both the parents with the kid and can provide custody to the parent who cared for the child (especially if the other parent was missing in action when the child was growing up).

Courts when awarding child custody will take into consideration each parent’s wishes regarding the arrangement. Both the parents may want a joint or a sole custody and the court can take into account their wishes, however, the final judgement will depend on one or more of different criteria mentioned above. Courts usually do not interfere, if parents reach an amicable agreement and will  only get into the picture if there are some additional factors to be considered or some recent developments in the parents’ situation.

These are just some of the factors a family court may consider when presiding over a child custody case. There are many other considerations that may depend on the technicalities of the case. Experienced custody lawyers understand these factors and are well aware of how custody laws work. 123 Custody Company is a team of affordable custody lawyers who provide support at every step to clients contesting a custody case. To request a free consultation, fill out our contact form or call at  +214-599-9979.